Name:Agatone Moontalon
Alias(s): The Dark Wolf
Species: WolfKin (half wolf half human [NOT A WEREWOLF])
Rank: Alpha Male
Gender:Male
Age:13
Height: 5’ 11"
Weight:140 lbs.
Appearance: http://fc06.deviantart.net/fs4/i/2004/251/c/b/ninja_werewolf_by_Black_rat.jpg
Personality:He is a kind person that like to fight, but hates to kill. He is very easily angered. He takes everything seriously and never is not serious.  He doesn't always make the best decisions. He is not good at taking orders seeing as he is the alpha of his pack.
History:He was the born son of lone Half-Wolves. His mother died during childbirth so he never new her. His dad taught him how to hunt, survive, and taught him the laws of nature and life until Agatone turned 9 and his father got randomly attacked by 3 bears. He was really close to his dad. Agatone got so angry and sad that he attacked the three bears. He moved so fast he was a blur and he hit so hard he stunned the bears. He eventually killed the bears. But not at no cost. He lost his left arm. It was really hard for him to survive for a year, but then a pack (a pack of 70 WolfKin) found him and took him into their pack. So for 3 months he found his place in the pack (training as a ninja). For the rest of that year and another year he moved up the ranks until he was lieutenant of the alpha female(still training as a ninja). He then fought the alpha male for leadership of the pack, but lost. He tried again five months late and lost again. The week before he turned 13, he challenged again. The previous alpha male had been defeated and a new male was the alpha. He always insulted everyone and was basically a tyrant. So Agatone challenged the tyrant. The tyrant insulted him calling him a loser and said his father a failure because he raised Agatone. This angered him so much that the same thing happend to the tyrant that happend to the bears. The shaman walked over to Agatone and said he was usig his ancestors spirits in battle. The shaman also said that only the purest souls can do this. That is what happend until now.
Weapon(s): He has a katana named Shadow.
Fighting Style: He is quick and direct. He doesnt waste anytime.
Abilities and Skills: 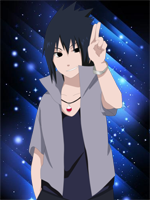 You would need mental magic telekinesis to be specific in order to move the arm otherwise it would just be dangling metal arm. Where said wolf pack get the materials and skills to make such an complicated prosthetic?

"He can call upon his ancestors and use their powers and abilities."

This would count as soul magic. So it would be nice to know how you learned soul magic. Also I don't care if their your ancestors if your not careful with this power they will tear you apart.

The other problem this causes is one can't have mental magic as well as the other magics such as soul magic at the same time. Its one or the other.
_________________
The Man Stealer