Inuk of the Tundra

Inuk of the Tundra 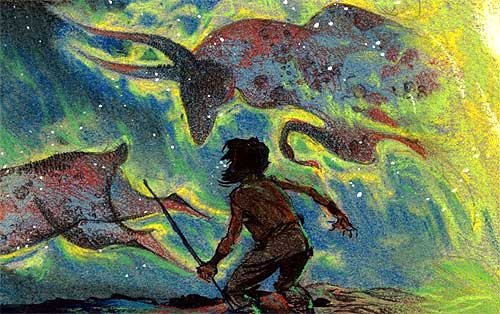 "All the world will be your enemy, Prince of a Thousand enemies. And when they catch you, they will kill you. But first they must catch you; digger, listener, runner, Prince with the swift warning. Be cunning, and full of tricks, and your people will never be destroyed." 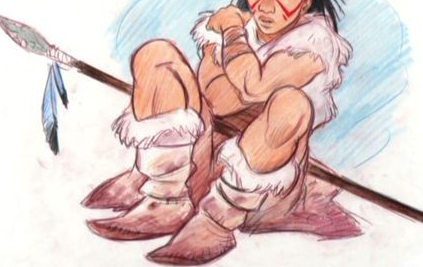 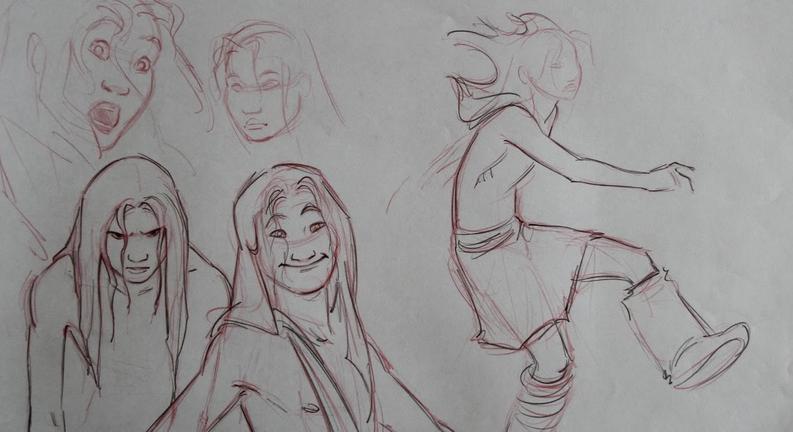 Appearance: A well-fed teenager of average height [5'8] and weight (170 lbs) for a human native to the Chioni tundra. His hair is an inky, black and straw-thin, while his skin is a red-tinted brown. Due to his age, he only has two red markings tattooed underneath his and across his cheeks in the shape of arrowheads, which shows his status as a chief's son and a new hunter.

He is often seen in heavy furs and skins and he keeps his hair pulled back within a braid or ponytail. His eyes are brown.

MORE.
The youngest son of a Chioni chief, the future of his people rest upon his skinny shoulders. He is mature, yes, and he has the makings of a wise man, but he carries within a secret.

Inuk is a magic user.

It happened when he was quite young, only ten moons or so. He was gathering plants with his grandfather, when a giant sea-snake, snatched his grandfather into the icy sea and tried to drown tiny Inuk, as well. However, Sanna, a snow-spirit, had seen this and rescued the small child.

With the last of her breath, she gifted young Inuk with life and something extra.

When he had awoken, he could see beyond the veil of this world and the next and speak the language of the animals. These were all side-effects of Sanna's great touch, but the most major gift of all was the gift of his own magic. It was something uncontrollable for the young boy, power that he had always been taught as evil or useless, became his ultimate skill.

He was crushed, and for several moons, he had refused to use his talents and focused on hunting and prayed to his Gods that he would wash himself of Sanna's 'blessing'. Currently, his powers still plague him, but he's begrudgingly grown to control it. Deep within himself, he feels that he must leave from his people soon, people are questioning his ability as a future chief and his sudden need for privacy.

For now, he waits.