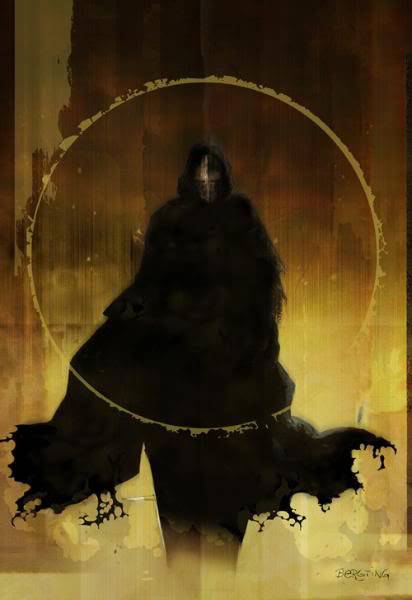 Name: Over the years, the creature went on without a name, or even a voice. A few years ago, the lonesome stranger happened about a wise woman who took pity on the cursed soul. "Ammun," she said, "Ammun; hidden, this will your name until you find your true one."

Species: This shapeless being was once humanoid, but now they are simply a cloak in the breeze. No arms, no legs, no heart. Just a voice and a promise.

Gender: This being had a gender. It might've even had a family of its own. Sadly, this nature is unbeknownst to the creature.

Age: Unknown. The creature had lost count years ago.

Personality: Surprisingly, for a being stuck in this predicament, it's actually quite lively. Sure, it might bemoan its own existence, but it's amazingly helpful and tries to work as hard as any other. It's far more useful with magic, no arms to pick up swords has forced it to be gifted in other areas. But it has a strong teamwork effort.

This creature has no history. All it can recall is a man's voice saying that it's true form shall reveal itself in time. It had a purpose in life, it must've. So, this is why the hidden one roams. Over the years, several clues had led this creature across this vast world. Will it learn its purpose? Will it see its own face for the first time or have a normal voice again? Time will only tell.