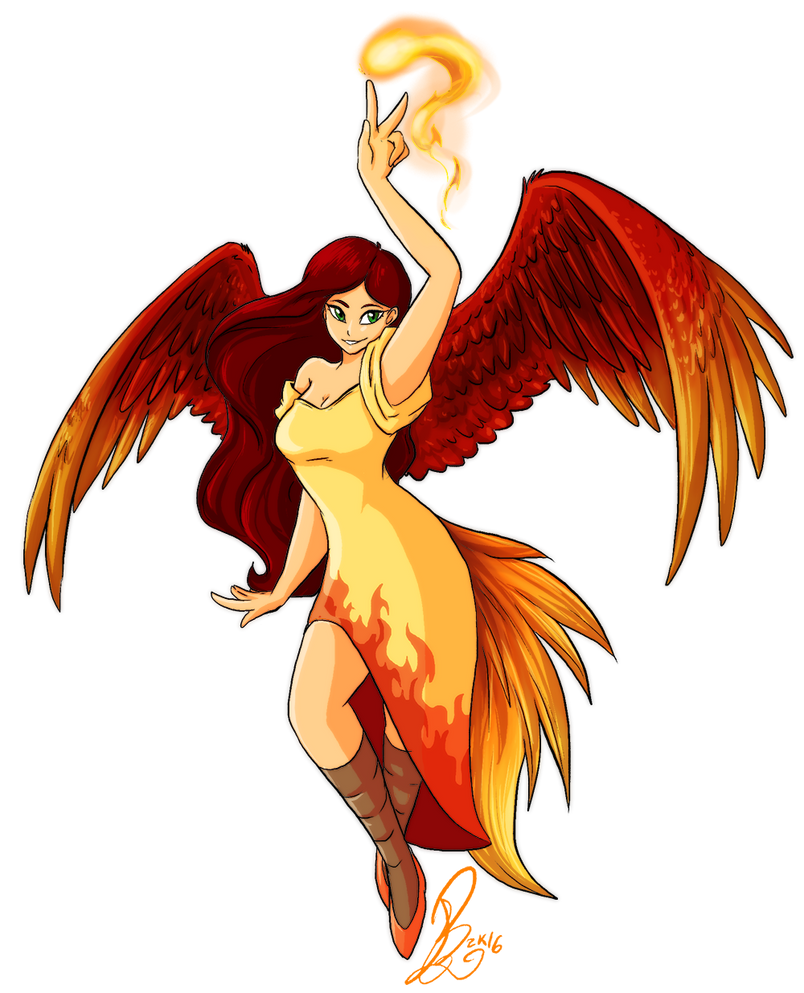 Personality:
Sonya is a hot tempered girl and all her actions are based off of instinct and emotion making her actions difficult to read as everything she does is based off a whim. Her personality is always changing sporadically. Sonya hates dragons.

History:
Sonya born as a baby with wings. Her mother is a human while her father is the king of the phoenixes. She is the first born and has 2 younger brothers. Her father raised her as his own and any phoenix that scorned her for her human heritage was severely punished. Sonya is hair to the throne(Though there is no actual throne). Unfortunately Sonya had no care for politics or her people so her father banished her along with renouncing her her birth right until she could learn to respect life.

Abilities and Skills:
Wings so she can fly.

She has hawk like eyes which allows her to see far.

She is also immune to flames and hot temperatures.

When she doesn't have herself lit on fire is the only time she can get wet.

Sonya's instinctual reflexes are of the chart. One would think she sees time in super slow motion.

Sonya's strength is moderately above the average man.

Because she is a half phoenix she has a great amount of skill in all types of magic along with a very large pool of magical energy.