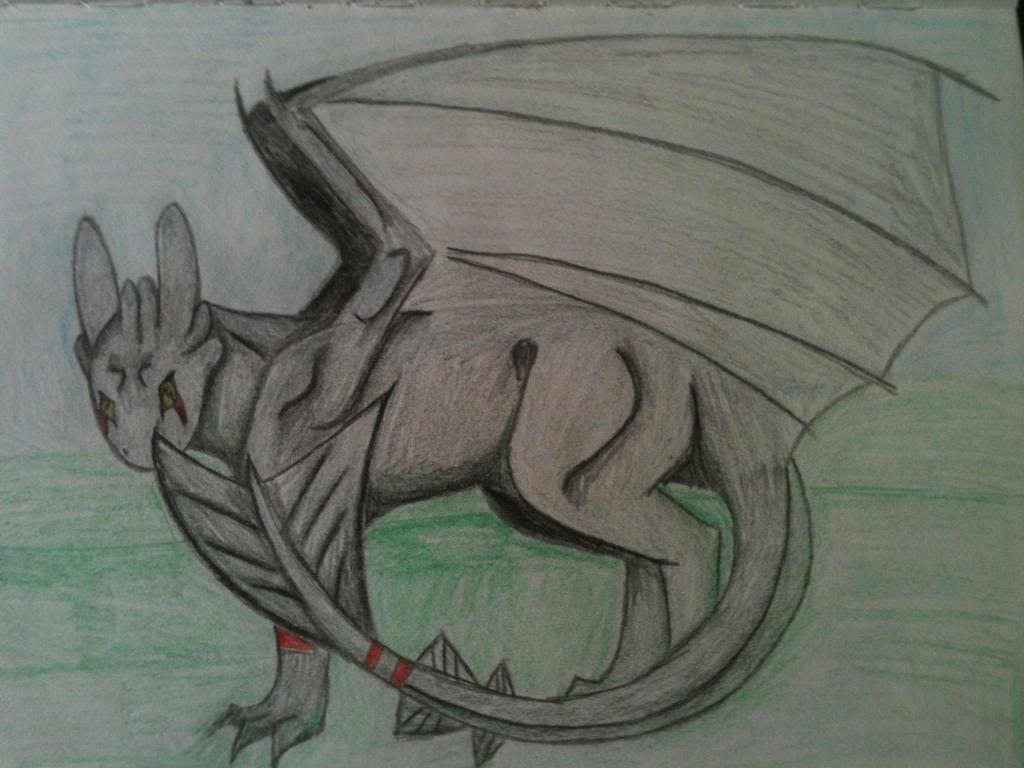 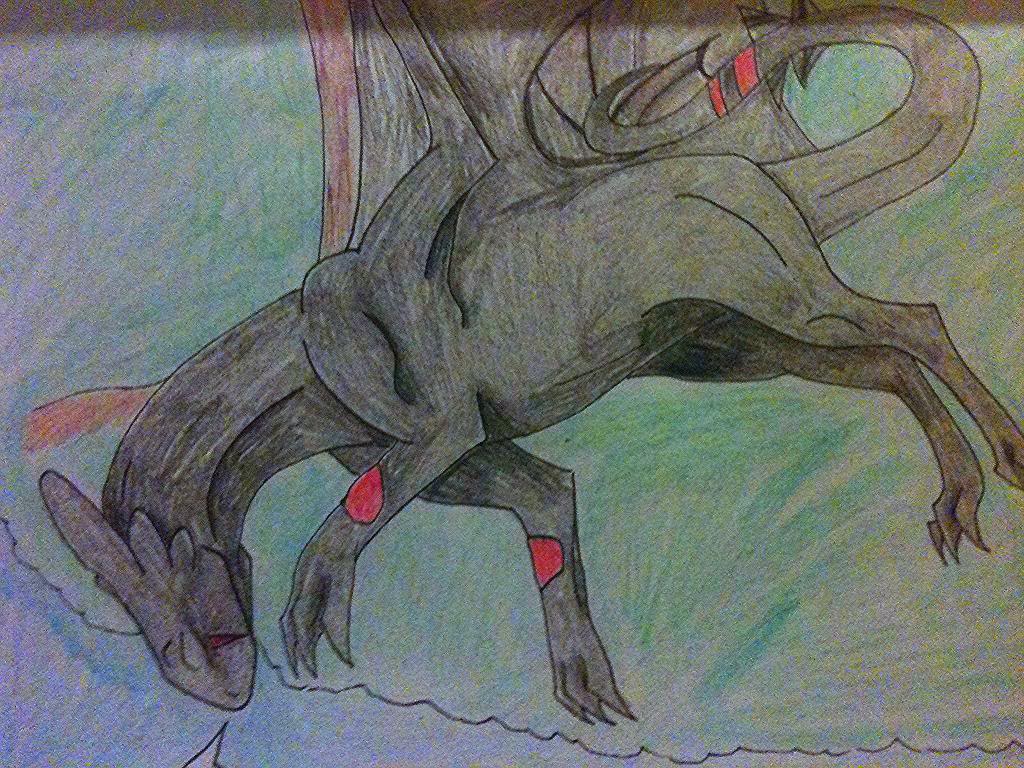 Personality:  Shudaar will seem very aloof, silly, and curious.  WHile he can be quite defensive, he prefers  figuring out what new things are, still trying to find his way in the world.
History:  Born amidst conflict, Shudaar learned how to defend himself at a very young age.  As the conflict between rival groups subsided, Shudaar was finally free, and left his original birthplace, looking to find something in this world.  What he found was a very interesting city, and has made his cave near it.  Funny creatures of all sizes and colors, usually bipedals, came too and fro from there.  He now stalks caravan wagons, simply borrowing pillows and such (permanently), or just observes them pass as he follows the caravan in the trees.  He has only had to defend himself once from hunters, but he never really initiates conflict, simply skirting away if anyone has either the bravery, or stupidity to confront him when he follows.
Abilities and Skills:  Master of Lighting and electrical fields:  He can control almost anything with electricity in it, and does a very good job at storing it in his body.  He usually sleeps with an electrical field around him, detecting anything within its bubble.  Usually a 25 ft radius one to just make him half aware in sleep, and a 15 ft radius one to slowly wake him if something enters and doesn't leave, and a 7 ft radius one that is a  'oh crap, wake up NOW!'.
Red Lighting:  Able to interfere with other electrical systems and users, causing immediate detonation if someone tries to cast electrical based attacks after being struck by this.  Red lighting is an ability passed down by his family and is very energy heavy.
Weaknesses:  The cold.  Hates it.  Ice especially.   Sunbathing much better.
Metal conductors (semi-weakness):  Semi weakness as he can force lightning around it, its just harder and more energy consuming the stronger the conductor.

I would approve this.