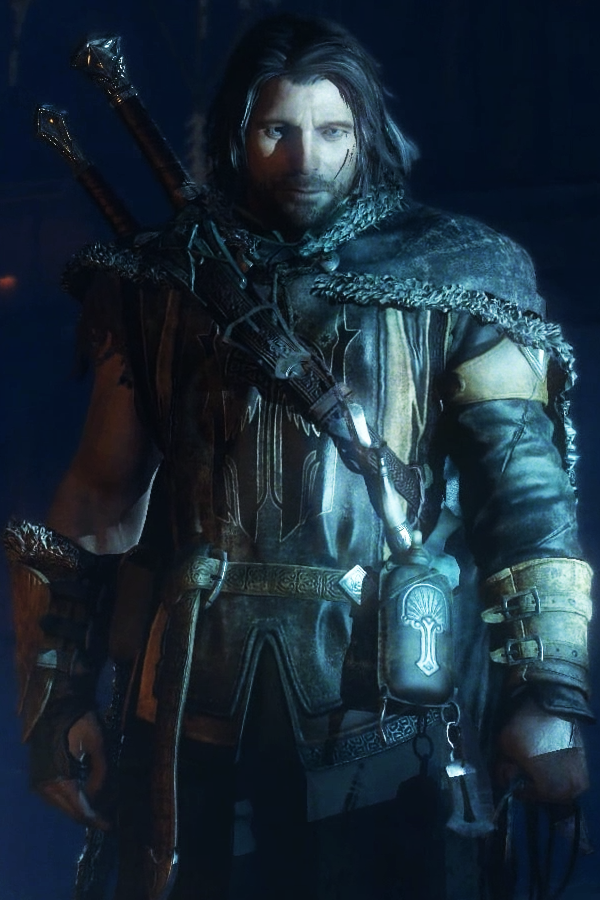 Personality: Donalbain is fairly outgoing. He spends a lot of time in the wilderness, drawing whatever catches his eye. Sometimes he sits on the side of main roads, making quick sketches of the people that walk by. Bain, as people usually call him, is always ready to lend a helping hand. He seems to have an innate ability to sense when a person is upset or could use someone to talk to, even if they seem to prefer being left alone. (This comes from the wolf, as he can detect the pheromones that people/creatures give off) Bain  is fond of books and occasionally speaks as if he is writing one, as he can be very descriptive in his responses.

Raiju Kasai shares the personality of his host. He is the quiet observer of a foreign world... when he is able to explore it. Raiju usually only comes out during a new moon (though he is capable of coming out anytime he chooses and will if he sees a good reason to); the rest of the time, he explores the mind of his host.

History: Until he was 20 years old, Donalbain led a quiet life. He is the son of a Megalonian merchant and scholar. But Bain moved to Iota when he was 18. He had heard stories of how harsh life on Iota could be, but those stories intrigued him and only fueled his adventurous spirit. But  his quiet and normal life was about to end. On the eve of his twentieth birthday, a curse that had been placed on Donalbain made itself known. The ordinary Human became a strange wolf-like creature. But it wasn't like anything anyone on Megalo or Iota had ever seen. At first Bain thought he had only been dreaming. But then it happened again. And again. On the night of a new moon, Donalbain becomes a... well, some call it a Caelestis lupus. It is unknown who placed the curse on Bain and why. A side effect of the curse appears to be that Bain no longer ages, for 100 years has passed yet he still looks to be about 20 years old. It is likely that the wolf keeps Donalbain alive and that its death would result in his. ((Side note: The "curse" isn't a curse at all. The wolf actually comes from another planet. But Donalbain won't know this for awhile.))

Raiju came to Tedranog from another world, a planet called Nox. He knew he wouldn't be able to get to the planet by way of his ship, even though it was the size of a small asteroid. So he went by ship only part of the way. When he came across a large enough asteroid, Raiju left his ship and tunneled into the space rock. Secured inside, he fell into a coma, so as to go undetected by the blockade around Tedranog. When the asteroid entered the atmosphere, Raiju awoke. He was fortunate enough to be falling over the ocean. To better his chances for survival, Raiju placed himself in a coma once more. Night fell. Raiju's body had floated to the shores of Megalo. When the moon appeared from behind the clouds, Raiju awoke from his coma a second time. He could see a waxing gibbous moon. It wouldn't completely restore him, but it was better than a full moon. Slowly, as regained some strength, he made his way to the nearest civilization to look for a host to reside within until he recovered. (His reason for remaining merged with Donalbain after this is unknown) While not much is known about Raiju, it is obvious that he has a unique connection to the moon.

Abilities and Skills: Donalbain has no remarkable skills about him. Though he is good with a sword. But he is a quick learner and could hold his own in a fight... as long as his opponent doesn't start using magic.

Raiju can summon a blue fire which is created internally. It seems to have multiple purposes, as he can use it to attack and heal. When used for the latter, it doesn't generate heat and takes on a whitish hue. He can run at great speeds. He is also immune to fire, natural and magic-generated. While it may seem like magic to the inhabitants of Tedranog, these abilities are natural to him. ((When Raiju does start appearing regularly, it will become obvious that his abilities, how well he can use them, will be greatly impacted by the phase of the moon.))

Weaknesses: Donalbain is a Human with no knowledge of magic and can only take his wolf form during a new moon. Raiju has no resistance to common magic and is unable to use his fire attacks if he comes into contact with water (except, obviously, when drinking it). Donalbain, for some unknown reason, becomes extremely weak on the eve of a full moon, barely able to stand. He usually goes to sleep by sunset of that day and will remain asleep all night. (Though Raiju is not out on this night, he too is weakened by the full moon. The fact that Donalbain experiences this at all is merely a side-effect of being Raiju's host.)