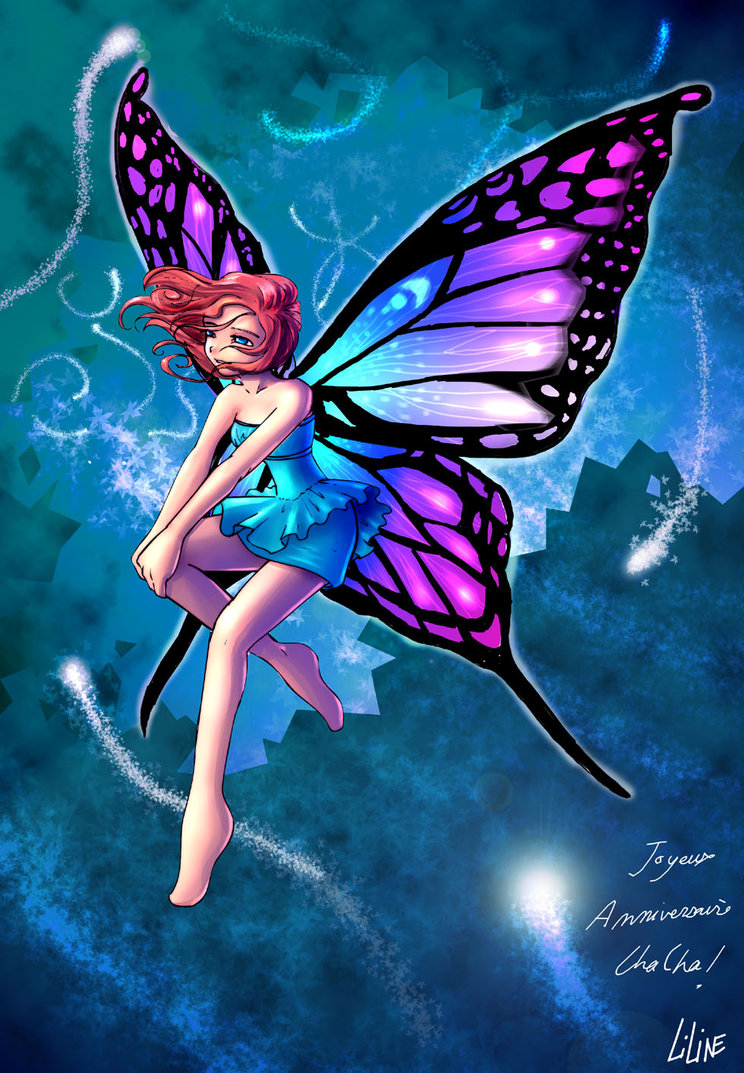 10 centimeters tall and so freaking light I'm not even going to bother. Her glow is purple.

History:
Lilly lived a relatively normal Fairy life in Megalo. Search for food, learn how to cook bugs, and on her free time mess with travelers. All of that changed though when a prank went terribly wrong.

Some guy clothed in green wearing a sword and shield came walking through her forest. Lilly thought it'd be the funniest thing if she made him think his sword and shield were alive and trying to get him. First she started with the sword using magic to silence any noise it made as she pulled it out of its sheath. She had to use even more magic in order to carry the ridiculously thing. She decided it wasn't worth using the shield later. She'd just use the sword to scare him, it would do the job just fine.

Lilly used her magic to bend the light around her making her nearly invisible and carried the sword around in front of him. The fellow oddly enough didn't freak out. He just mumbled something about misfortune under his breath and actually tried to grab it. Lilly was disappointed but decided to make a new game out of it. Keep the sword away from the giant. He wasn't really a giant but he was in comparison to her. He was going pretty good at keeping up with her too, almost grabbed it from her one time. After that he discarded his shield so it didn't slow him down. With that she went and went and went not looking back less it slow her down. Lilly stopped when she heard the roar of a bear and the screams of the guy. Looking back the guy that had been chasing her was no where in sight. Following the sound she found the two and chased the bear off.

Turning the attention to the guy she saw he was critical injured. Lilly felt terrible, it was her fault he wasn't able to defend himself. The fairy right away healed his wounds and as was customary for her race she offered the man one wish to make up for the wrong she had caused him. She hoped it wasn't magic related though as she was really tired from all the magic shes used today. She got her wish but she wished she hadn't as the man chose something so impossibly unimaginable terrible. "I want you to feel how I do right now. I wish you were kicked out of your community and never allowed to return. I wish you couldn't find refuge among any of your own kind." Lilly couldn't believe this he was basically wishing she was banished from her entire life as well as her people. She begged him "please anything but that. I can make you rich, I can give you anything you want but please not that. I could help you find a new home with some of your own kind but please don't banish me from my own." The man though refused to ask for any other wish and so Lilly was forced to leave home.

Personality:
Ever since her banishment Lilly has been very reluctant to mess with anyone. Even more so that she doesn't have a home to run away to. She yearns for someone to talk to but is too scared of the giants to attempt talking with them. Whenever she sees someone in trouble she tries to help them out in the shadows. Even though Lilly is scared of the giants she still hangs around them both for the food they leave behind and because their presence help her feel less lonely even if they have no idea shes there.

Abilities and Skills:
Very skilled in common and earth magic
Has a huge supply of magical energy

Weaknesses:
Shes a tiny creature in a land of giants.
Magic energy loss effects her far more than it would other races.
_________________
The Man Stealer